In this blog series, we’re going to walk you through all the five traits of the Big Five model, and hopefully show you just how rich, fascinating, and multifaceted they are. Let’s start with the most enigmatic trait of all: Openness to experience.

Which Friend are you?

Most of us would argue that no two Friends characters are more different from each other than Ross and Phoebe. Ross – the bookish, rational academic with a preference for facts, rationality and, you know, taking a break - and Phoebe – the open-minded, empathic and sweet masseuse who takes an interest in all things odd and supernatural.

Surprisingly, both Ross and Phoebe are likely to end up high on the trait Openness to experience, (or Openness for short). So let’s understand why.

Openness as a personality trait: what’s the definition?

Openness is probably the most nebulous personality trait of the Big Five. The founding fathers of the model are American Personality researchers, Paul Costa and Tom McCrae. They noted that ‘the concept of openness appears to be unusually difficult to grasp’. 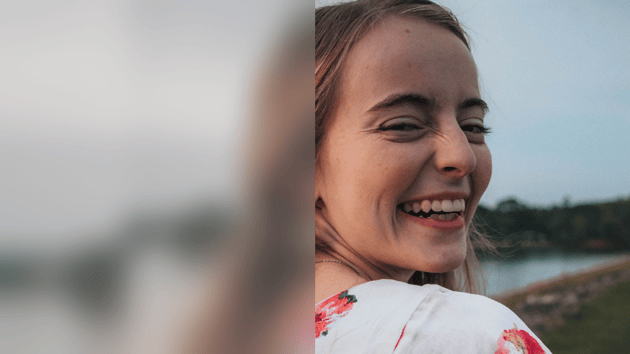 Out of the Big Five traits, researchers have found Openness the hardest to define. First off, it’s not simply openness to others. Some researchers have emphasised the inner search for new experiences. Others have focused on the interest in new activities. Others still have underlined artistic and/or intellectual interests.

Nowadays, most experts agree that the core of Openness personality is change orientation;

a general, positive attitude toward new experiences, ideas, and solutions.

Important nuances are found when you break the trait down to what researchers call facets. A simpler term that we use is “components”, as each trait is built by a collection of characteristics.

The three facets of Openness

The components of Openness in Alva’s assessment are Curiosity, Aesthetic orientation, and Change orientation – characteristics that statistically tend to go together, but are actually quite distinct. Different combinations of these two can produce personalities that we perceive as vastly different.

Curiosity denotes a general intellectual spirit and interest in ideas. People with high curiosity tend to have a broad range of interests and enjoy intellectual pursuits. They’re usually more engaged by theoretical subjects than very practical ones.

These individuals often pursue careers in futures, journalism and academia. And this is where we find Ross, constantly curious and excited by new discoveries in paleontology.

Change orientation has more to do with the need for variation, stimulus and broadening your horizons. People high on change orientation are usually eager to try out new things, and welcome change for its own sake.

They’re the ones trying new apps and fashions, and surprised when you’re still drinking a flat white when they moved onto vegan beetroot lattes months ago.

People who score high on change orientation often have an open mind when it comes to alternative interests and lifestyles. As you may have guessed, Phoebe would score pretty highly on this facet. Ross, on the other hand, would probably come out as a creature of habit.

Generally, people with high results on this scale tend to be imaginative, creative, and sensitive to the power of art. They often have cultural and aesthetic interests, and a knack for the type of out-of-the-box thinking that artistic pursuits require.

When we think about Ross and Phoebe, we can see the difference again; Phoebe is a musician and artist, but cannot imagine a life as quiet and rigorous as Ross’; Ross loves theory and new findings, and academics need to think creatively to add insights to their area of study - however he finds Phoebe to be flighty and chaotic.

In other words, the three facets that comprise Openness combine in various ways, producing quite different characters.

in a world of work where flexibility, change orientation, and creativity are so sought-after, why isn’t Openness more important?

Researcher Andrew Neal and colleagues argue that this might be an effect of opposing forces. On the one hand, high Openness seems to make the individual predisposed to initiating change and looking for new creative solutions.

On the other hand, it also seems to be associated with a reluctance to adapt. For example, a highly open person’s need to hold on to ideas of design could hinder their progression through their career. These two tendencies might cancel each other out in an overall metric of job performance.

Imagine a team is launching a product development project. At the outset, key behaviours include

A person who is high on Openness excels here. Later on, however, the compromises begin. It’s time to adjust to different constraints such as management’s priorities, industry standards, and practicalities of the rollout plan.

This is where team members are expected to conform, even if they don't agree with each and every tradeoff. This might be harder to do for a person high on Openness, but comes more naturally for someone who is more on the conventional side of the spectrum.

This is when it’s time for the Insights person to move on to a new Insight project, and hand the project over to the Product team (it could be argued that this is why many Insights people are consultants, as they know their strength is in ideating, dreaming and starting - not the job of actually getting to market).

In other words, high Openness might be very useful in the transition stage of businesses and projects, but not so useful in the maintenance stage. As a case in point, one well-cited study showed that Openness had a stronger association with performance when the role requires a lot of innovation.

It should also be noted that Openness shows clear relationships to one work outcome: training proficiency.

People with high Openness tend to learn fast and retain their learnings on-the-job.

With upskilling and lifelong learning becoming central in the world of work, it’s no bold guess that high levels of Openness will be a more common feature in tomorrow’s job requirement profiles.

Indeed, researchers have started to take an interest in how Openness relates to adaptability in the workplace. The findings are still inconclusive, but some studies suggest that highly open individuals adapt more effectively to change.

One study found that Openness was related to job performance for sales representatives who performed non-standardised tasks, but not for those who performed standard ones. Another study reported that individuals high on Openness adapted better when demands changed.

Openness is closely related to values

People with high Openness are more attracted to innovative organisational cultures. In general, of all the Big Five traits, Openness is the one most closely associated with certain values including universalism (i.e., a belief in inclusion of everyone), tolerance, and a skepticism towards traditions. 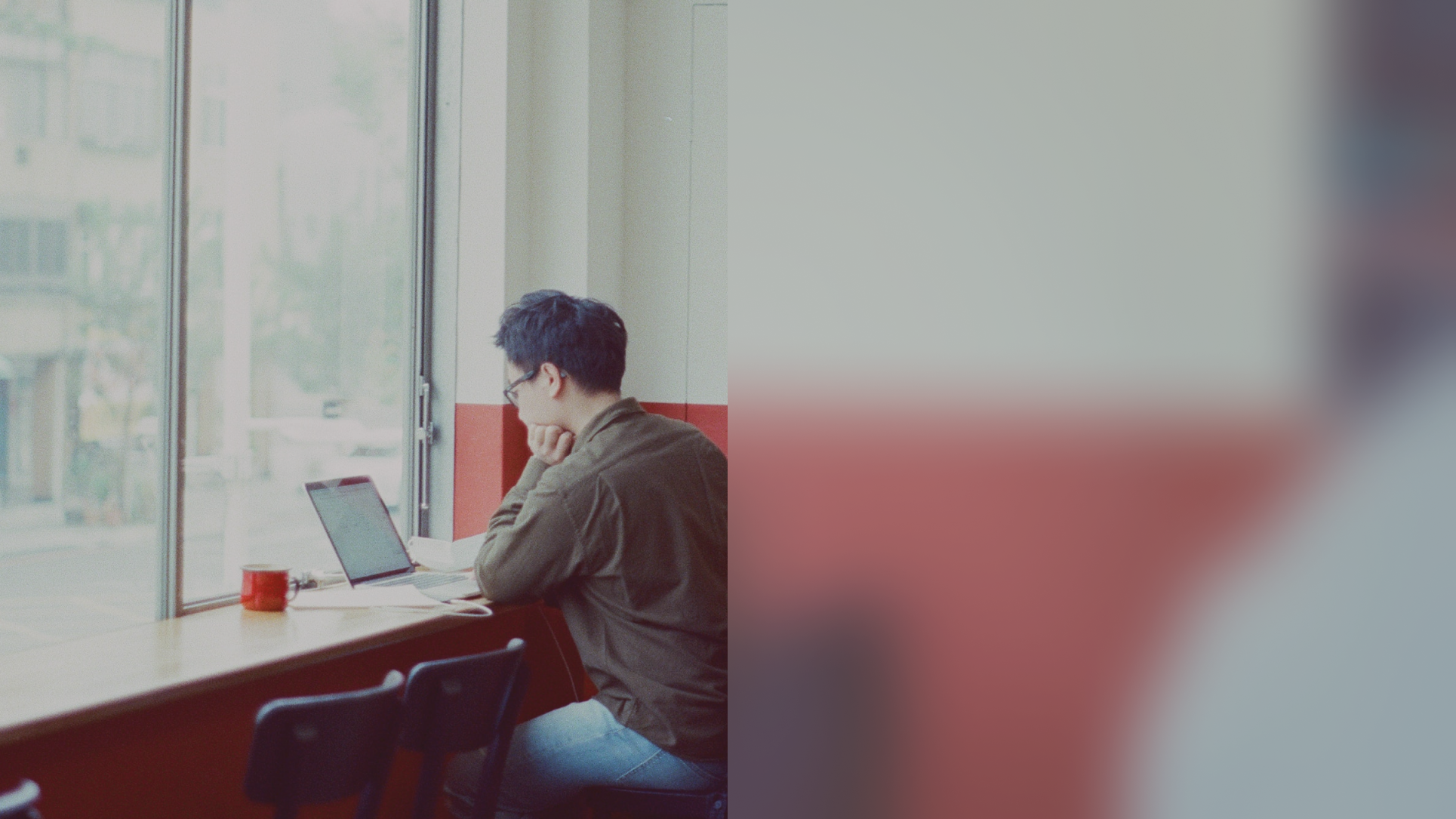 High Openness indicates an interest in how society should be functioning. This means that individuals with high Openness have an inner drive to form independent viewpoints on many matters that are related to work life values. Generally, they tend to oppose strict rules for behaviour and thought and value autonomy and stimulation (Parks, 2007).

Conservation, tradition, and security are generally not high on the priority list for high Openness individuals. Openness is also related to the value usually referred to as universalism, i.e., the willingness to be tolerant and open to ideas and customs different from one’s own.

Is Openness the result of education?

Like all of the Big Five traits, Openness has a significant heritability, meaning that we inherit some of this predisposition. Still, when reading the descriptions of Openness, many of the characteristics of this trait seem associated with higher education: intellectual curiosity, broad interests, but also things like tolerance, universalism, and open-mindedness.

The data suggests that the relationship mostly goes the other way. A large, national study in the US, encompassing more than 10,000 individuals, revealed only a weak correlation between Openness and years of education. Education didn’t seem necessary or sufficient for someone to have high Openness. 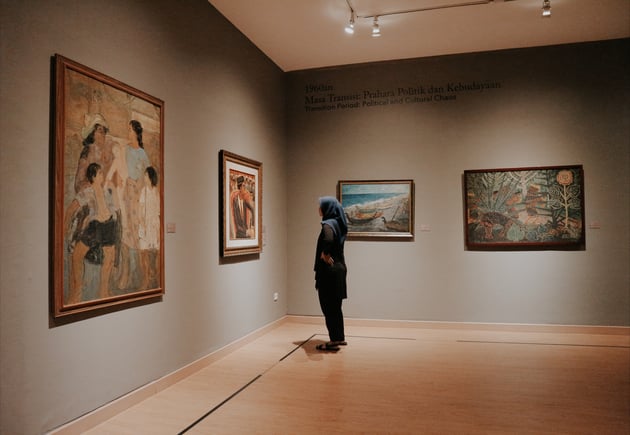 People with higher education are more likely to develop habits we may associate with Openness – going to museums, knowing their way around the cultural canon, using advanced words, for example.

However, the tendency to be deeply moved by aesthetic impressions, or to really appreciate these new experiences, seems to be rather stable, and more dependent on the personality trait.

Imagine Ross and Phoebe going on a visit to the Guggenheim: they’d have a different appreciation of the exhibits, but they’d both enjoy moving around the galleries, deeply appreciating and experiencing the art.

Personality test for openness to experience

The world is changing rapidly, every day; so how can we hire people who are going to grow up with us?

By hiring for core skills and personality, we are able to hire beyond unhelpful metrics such as place of education, background or years of experience. When we use personality based psychometric assessments, we are able to find the people who are the right fit to keep growing with us, whatever the challenges.

To summarise, Openness to Experience entails a tendency to be change-oriented, curious, and sensitive to aesthetic experiences. Lower scores on Openness indicate a lower need for change, a more down-to-earth way of thinking, and a preference for tradition and convention.

So, what should you take with you regarding Openness when it comes to recruitment? What are some openness examples?