In the first in our series of breaking down research papers into what you need to know and why, Senior Customer Success Manager Philip Ström asks: Is it possible to reduce bias through training? How long do the effects last? Are they the best way to increase diversity in an organisation - and what risks do they hold?

Increasing diversity is imperative to the future health of our organisations. Many organisations are rightly investing in EDI training - it’s a $8 billion US dollar industry. Despite the power of economic, political and moral arguments, People of Colour have to send an average of 50% more CVs to reach an interview (and women need to send in 30% more CVs than men). 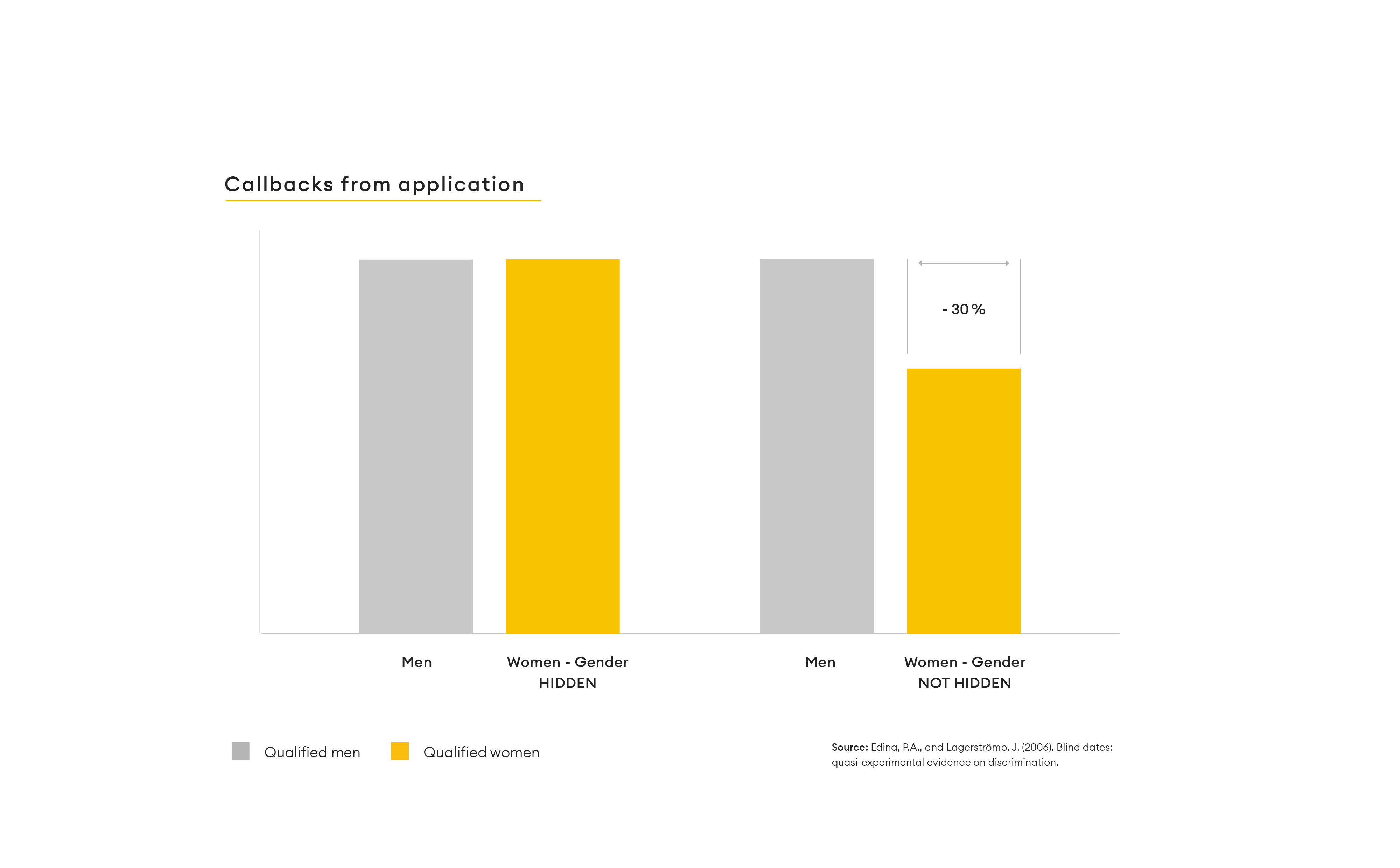 Researchers from Ghent University headed by Eva Derous looked into the two main types of anti-bias training. They looked at how effective the trainings were on the day, after a month and - most interestingly - after three months.

They concentrated their studies on Moroccan men in northern Europe as they are a growing population in the area. (The researchers concentrated on men to avoid intersectional gender bias.) The “candidates” were entirely fictitious, created to allow the researchers to test their hypothesis.

What are the two trainings?

Two well-established training interventions were tested: Intercultural Effectiveness Training and Structured Free Recall. These were chosen because  previous research has proven them to be effective at helping participants to reframe and/or suppress their biases. However, neither of these trainings have specifically been tested to see if they are effective at reducing bias in recruitment. This matters because, as the team say, “recruiters have an important gatekeeping role in organisations, [so] training may be critical to enhancing diversity within organisations.”

Most trainings are tested after a month to see if they have been useful; in this case, to see if participants are actually less biased after undertaking the training. Derous’s team also wanted to measure if the trainings were still affecting how participants behaved after 3 months.

Recruiters as the first line in increasing organisational diversity

“Resumes [CVs] are one of the most important sources of information when HR-managers and recruiters initially screen applicants for jobs”, says Derous. And think about it,  we’ve all been there - scanning through a CV in around 7 seconds to make a quick “yes/no/maybe” decision, before moving onto the next candidate. 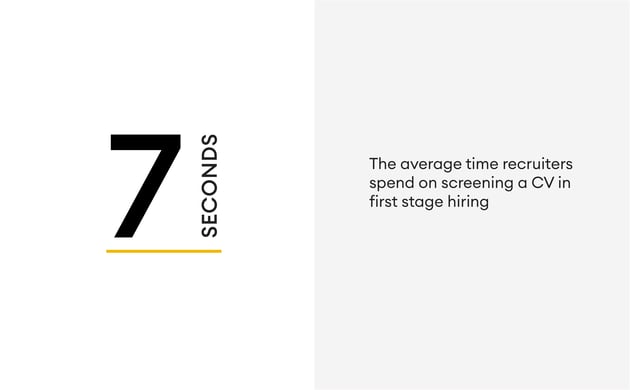 Researchers refer to everyone as having ‘in-groups’ and ‘out-groups’  - or, ‘us & them’. We all do it - and it’s what makes watching sports and reality shows fun. Being inside our group provides a sense of belonging and community. When we’re part of the dominant ethnic group, we also have a sense of pride and, often, we like to protect that group from others who might want to create change. 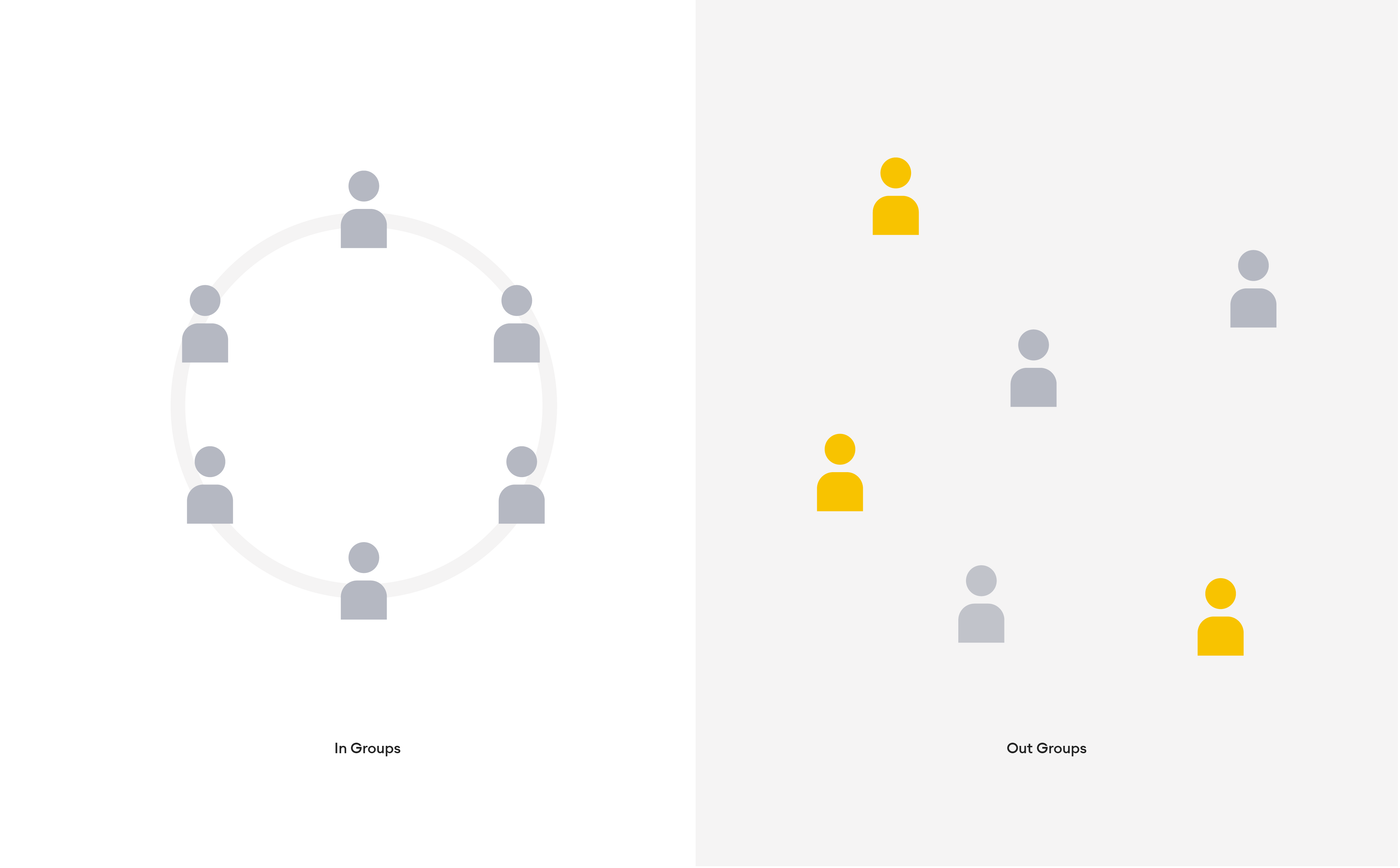 When someone we perceive as being part of an ‘out-group’ (say, a growing community of Moroccan-Arab people) tries to join our in-group by applying for a job with our team, most people’s reaction is to attempt to maintain the stability of the in-group. Meaning? They tend to favour people with names, qualifications, backgrounds and experiences like their own, which leads to the in-group being maintained - even if candidates in the out-group might have better skills and qualifications to take the team forward.

When does bias start to affect recruitment?

In the evaluation and decision-making process of CV screening, we interpret a candidate’s bio-data and social proof (educational history) as, as reflective of attributes such as motivation and personality.  Regardless of an individual recruiter’s level of awareness around bias and diversity, or efforts that we may take to suppress our biases, many studies have shown that, when candidates can hide their names, women and People of Colour receive equitable callbacks; but as soon as names are disclosed, women receive 30% fewer and People of Colour 50% fewer. Meaning? When faced with a name that discloses a name that suggests an out-group, in-group recruiters favour in-group candidates. 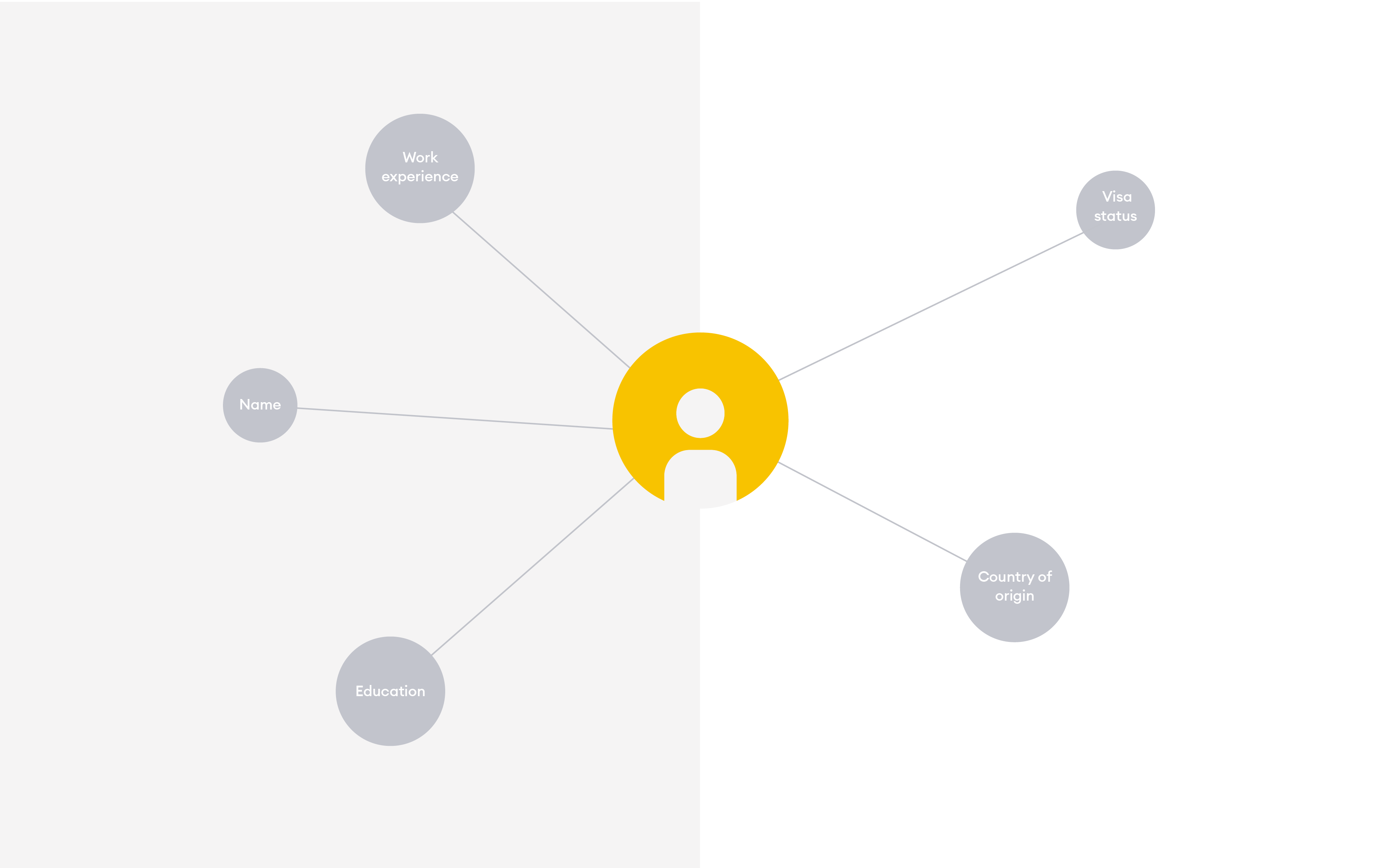 Even though attributes such as ethnicity are not explicitly disclosed via our biodata and social proofs, we still infer undisclosed attributes based on different CV characteristics. Affiliations, experience and headshots, or even simple a name can affect how we, as recruiters, think and feel about candidates. Combine what we’ve learned about in-groups and out-groups, the 7 seconds recruiters spend on screening a CV? The result is  communities still struggling to get established on the labour market.

Here we have a threat to the essential need to increase diversity and inclusion - which is needed,, both as a moral imperative and as a means of improving performance and competitive advantage as we look to the future. As recruiters are the first line of deciding whether or not a candidate gets an interview, they are arguably the most important team who can build - or decrease - diversity in their organisation.

Can we train our biases away?

The short answer is: sort of.

Derous and team had participants complete a questionnaire before being part of the research. This allowed the team to assess where the ethnic majority group was ‘starting from’. This is called the ‘pre-test’.

As expected, immediately after experiencing the training, all of the ‘recruiters’ were more able to suppress their biases. However, when the group was reassessed 3 months later, the effects had worn off. Meaning? They were back to leaning into old biases and not judging the Moroccan-Arab ‘candidates’ fairly.

What happened after 3 months?

In terms of actively trying to reduce bias, worryingly, participants in the Intercultural Effectiveness Training thought that they were still less-biased - though their results on their fake CV-screening showed otherwise. This means that, not only were they back to bad habits, they also thought they were doing good work. 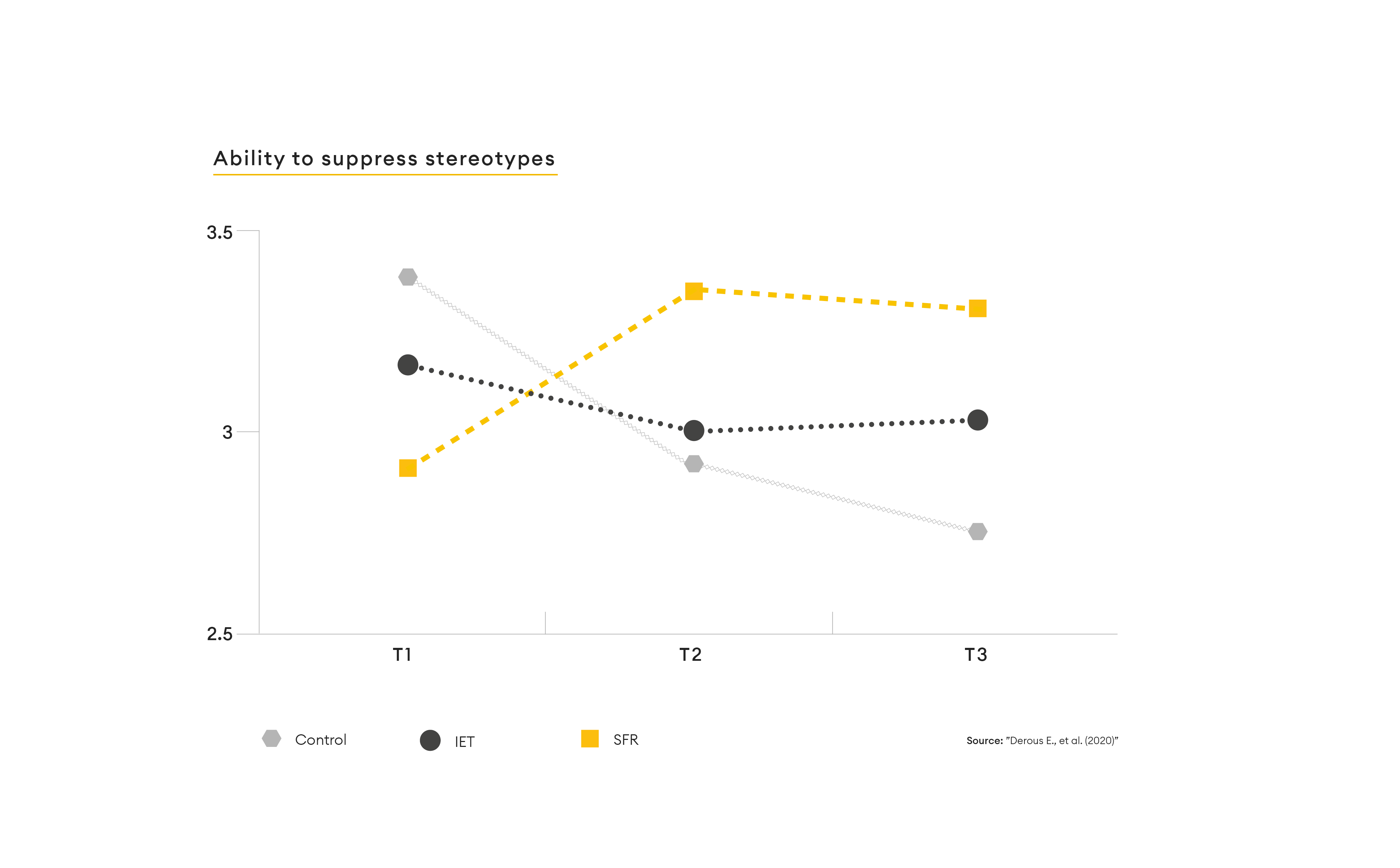 The participants in this training had a confidence that, it can be argued, had no solid basis. When we believe our ability is high - but it isn’t - we have false confidence. So, like a novice climber heading into the mountains without training, the right shoes or maps, our false confidence can lead to larger and longer term damage to ourselves and those around us

Immediately after the training, participants were likely to be motivated to use their new skills; but going back to our oblivious rock climber - well, when someone is blind to the effect their actions have, and they don’t perceive the need to change, there’s little hope  in creating a change in behaviour (especially one that adds mental and cost burden).

Derous hypothesises that these trainings could be helped along by continually repeating the trainings every 3 months. This, however, means a consistent investment of time and finance that organisations may not pay for their junior recruiters to receive. But, if they don’t, recruiters are likely to fall back into false confidence and unintentionally - but actively - decreasing diversity in their organisation.

What are the limitations?

Every piece of research will have limitations. This study asked business undergraduates to pretend to be recruiters, rather than using recruiters. These undergraduates are likely to be people who’ll be making hiring decisions in the coming years. Finding enough recruiters who will have the time to be part of research is complex and using experimental manipulation to affect real-life decisions is ethically questionable.

There will always be in-groups and out-groups; those can and will change as time evolves. What matters, however, is that there is an equal opportunity to access great jobs that allow a person to use their skills without prejudice.

Tools and techniques that allow a person’s skills - rather than their history or name - to be assessed at screening stage allows for greater equity.

No system is perfect, and every industry requires improvement. However, working towards a future where your name doesn’t open or close doors is the future we want to see.

EDI: Acronym for Equality, Diversity and Inclusion. It refers to organisations needing to and, hopefully, taking proactive steps to improve their performance and address inequality in the workplace

In-group: the majority group, who hold most of the economic and socio-political power

Out-group: the minority group who are trying to get ahead in life

Biodata: Information about you, such as your name, a photo or address. It provides seemingly useful information to recruiters but can increase bias due to the beliefs and assumptions we bring with us.

Actions you can take