Is intuition ever useful in hiring? Can it help us make that ‘devil in the detail’ choice? Or are data and algorithms always the way to go? In this blog post, we’ll take a deep-dive into academic research on the almost mythical subject of intuition, challenge some common beliefs, and land a few practical implications.

Intuition and the final candidate

Imagine you’re a recruiter, sitting with a final candidate for a senior position. Green lights are lighting the way: great test results, relevant background, strong interview ratings. Still something feels … off. Your intuition tells you there’s something missing. You talk to your colleagues, and you find yourself calling a trusted friend or loved one. Something isn’t quite right.

What would you do next?

The topic of gut feeling in recruitment is interesting, complicated and divisive. The debate between advocates of intuition and those that favour data-driven methods seems impossible to resolve. So, rather than just say “gut feeling has no place in hiring”, we thought we’d explore what we mean when we say “gut feeling” because, it turns out that it means a few different things.

Gut feeling, instinct, sixth sense … there are many names for the phenomenon formally known as intuition. In essence, “gut feeling” is a non-conscious thought process that relies on holistic thinking and produces a rapid response.

Like learning to flick on our indicators at the right moment or knowing which outfit is ‘just right’, ‘gut feeling’ is a knee-jerk response that allows us to make a decision quickly and move on.

Seemingly without having to think much, we just ‘know’ what to do. This is unlike deliberative or analytical decision-making, where we explicitly weigh arguments in a more rational way: think about lists of pros and cons, or talking about which restaurant will cater for your party’s needs.

What do we mean when we say "intuition"?

Intuition has a very varied reputation in psychology. In some research circles, ‘intuition’ is known as heuristics, that is, mental shortcuts that allow us to solve problems quickly. This very speed can lead to systematic error in our decision making; this is also known as bias.

This school of thought has been spearheaded by Nobel Laureate Daniel Kahneman, and his research has led him to believe that what we call ‘gut feeling’ is overly simplistic.

In other research traditions, however, intuition is viewed as a complex process drawing on so-called tacit knowledge: all those insights that we’ve gained from experience, but that are hard to articulate. We’ll return to this in a bit – but let’s first focus on how rash gut feeling can compromise our recruitment.

The many downsides of gut feeling in recruitment

As we’re already seeing, intuition can range from impulsive ‘brain-stem’ reactions to carefully calibrated judgments. In the area of recruitment, we’re all too familiar with the downsides of the first extreme:

about one third of hiring decisions are made within the first five minutes of the job interview.

For CV screenings, the time is a ridiculous 7.4 seconds. Substantial research has shown how this type of intuition leads to bias, discrimination, and faulty hiring decisions. The examples are many: tall candidates get an advantage. A foreign name on the resumé decreases the chances of a call-back with up to 50 per cent. Female candidates are more likely to be deemed a ‘high-risk choice’. 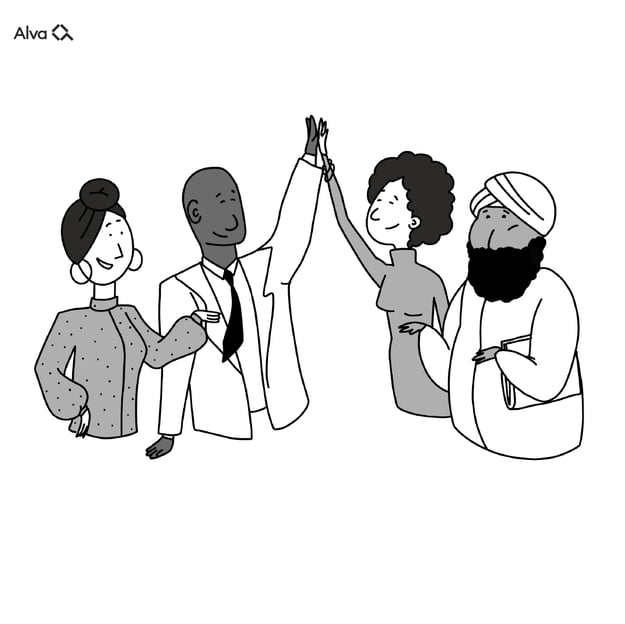 It’s overwhelmingly clear that this type of intuition has no value in recruitment, since it’s based on subjective views and stereotypes. So far, the Heuristics and Biases viewpoint wins the day.

But what about that other type of intuition – the one that stems from long and hard-earned learnings?

This is where things start to get more nuanced.

Tacit knowledge or 'the intuition of expertise'

Take an expert heart surgeon. Imagine them performing a complicated surgery. During the operation, the surgeon has a strong sense that the team should follow one protocol rather than another. They can’t explain exactly why.

Would this be an example of irrational gut feeling?

Research says no. Rather, this is a good example of tacit knowledge in action. The expert surgeon has made a holistic judgment based on the numerous other surgeries and patients from their practice. In other words, we’re talking about a highly developed capacity for pattern recognition.

These types of stories are common in domains ranging from chess to nursing. Studies show that experts are consistently better than beginners at knowing which pattern to apply to a certain problem.

Why experience doesn’t always help: the role of learning environment

Let’s now contrast these findings to those of above-mentioned Daniel Kahneman. Some of his research shows the absolute opposite:

How can we explain these contrary findings? In 2009, Kahneman joined forces with Gary Klein, a prominent advocate for intuition, and offered an answer: whether experience contributes to better decisions depends on the learning environment.

The professional settings that allow for tacit knowledge

In a setting where things behave consistently and there’s plenty of high-quality feedback, experience tends to result in better performance. These are the areas where experts often impress us. Professionals that markedly improve their intuition over time include pilots, mathematicians, physicists, and chess players. 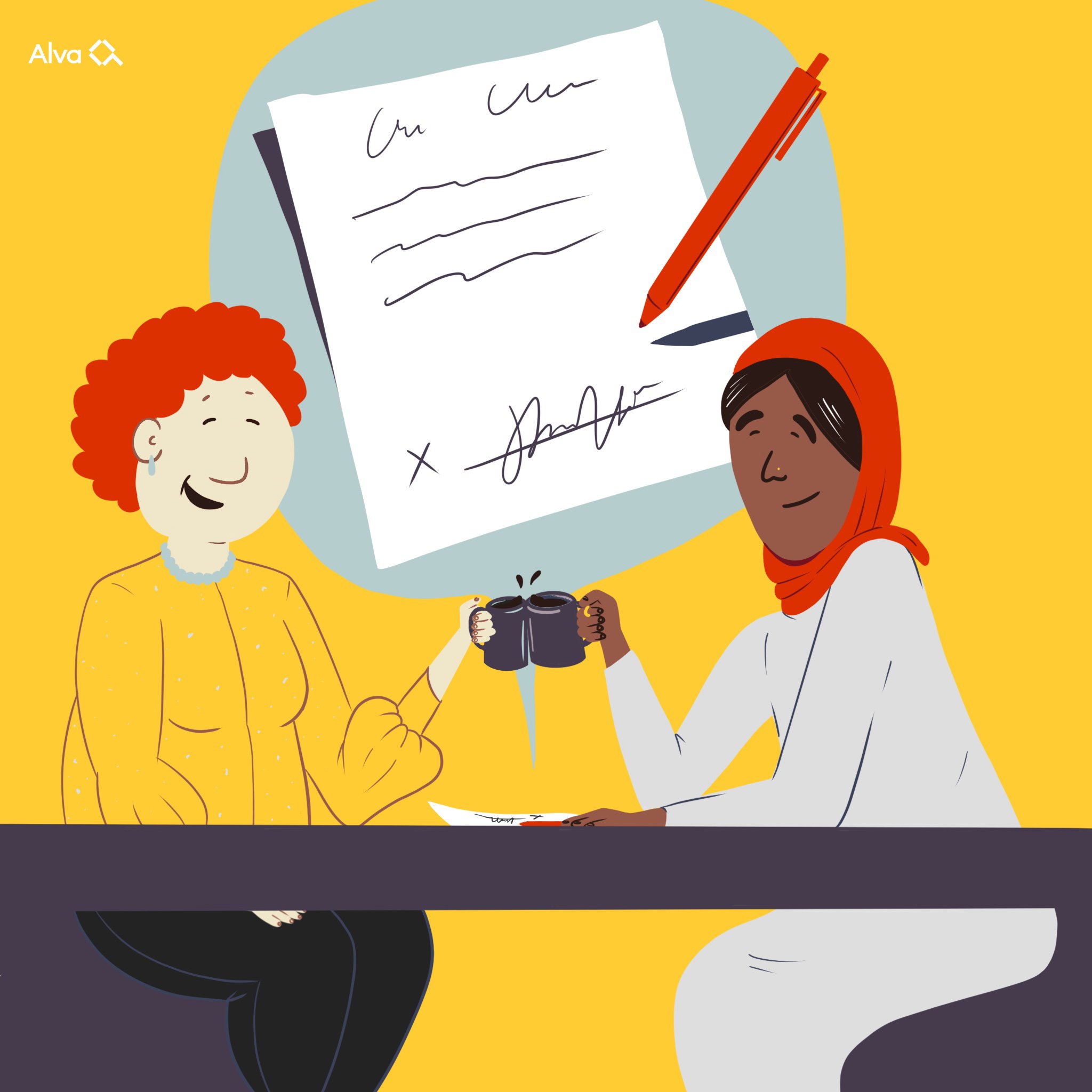 Not all learning environments behave this way, however. In certain areas, there’s little or ambiguous feedback on your performance. It might not even be clear what constitutes a successful outcome. In these cases, experience doesn’t tend to build tacit knowledge in the same way. The experienced will make only slightly better predictions than novices. Some examples are stockbrokers, clinical psychologists, judges – and recruiters.

Tacit knowledge is hard to learn in recruiting

This isn’t that surprising, given that recruitment is an excellent example of an ambiguous learning environment. Your task is infinitely hazier than that of a chess player: unlike the pieces on the chess board, job candidates can behave in very unexpected ways.

Feedback is often incomplete, delayed, or non-existent. It’s even hard to define what exactly constitutes a good hire. How do you evaluate a person who showed great progress but left the company after six months? (We track our onboarding stats to keep an eye on progress).

But, you might object, if the learning environment for recruiters is so ambiguous, why would an algorithm help?

Actually, it’s in these environments that a decision support – even a simple one – can usually make the biggest difference. The main reason? These environments aren’t chaotic, in the sense that there are no consistent patterns at all. The cues are there, but they’re weaker. This makes them harder for the human brain to spot.

The correct statistical analysis, however, will find it in no time – and can then apply it consistently to all future candidates.

Where intuition adds value in hiring

So we’ve established that intuition doesn’t improve predictions when it comes to hiring. In the choice between letting your gut decide, and using an algorithm based on sound research, the latter will consistently produce better decisions.

Does that mean that intuition has no role to play in hiring? Actually, no.

For junior positions, we might still take an algorithmic approach: whoever came out with the highest overall score gets the job. But if you’re hiring your next CMO, it might be different.

The final candidates might all be a great choice – but in different ways. What kind of CMO would be most useful at this point in your company’s journey? Given the rest of the team?

When making the final call, you and your colleagues might want to use a more holistic judgment, since the numbers only get you so far.

In sum, intuition is a devious friend when it comes to predicting work performance. In this area, we’re better off trusting the data and using structured, analytical approaches. But, as the great Tina Fey says, “Hire the person you’re happy to be working opposite in a crisis” - once you’ve controlled for bias, for knee-jerk reactions and making sure you’re aware of decisions that could be blinding you to brilliant talent, your intuition remains indispensable.

So the next time you’re sitting, trying to decide between two candidates and your spidey-sense is tingling, don’t just react: articulate your feeling, separate facts and feelings and ask yourself: which person is really, honestly, most likely to thrive here?