The social lion, the natural leader, the life of the party – cliches trying to articulate the nature of Extraversion abound. As we enter the third chapter in our series on the Big Five personality traits, we’ll see that few characteristics are so fraught with misconceptions.

'You see things and you understand. You’re a wallflower’.

With those memorable words, the character Patrick praises his friend Charlie in the 2012 movie 'The Perks of Being a Wallflower'. And while ‘wallflower’ may not sound like the kindest nickname, the film actually joined a movement that was gaining momentum at the time: the re-evaluation of introversion. 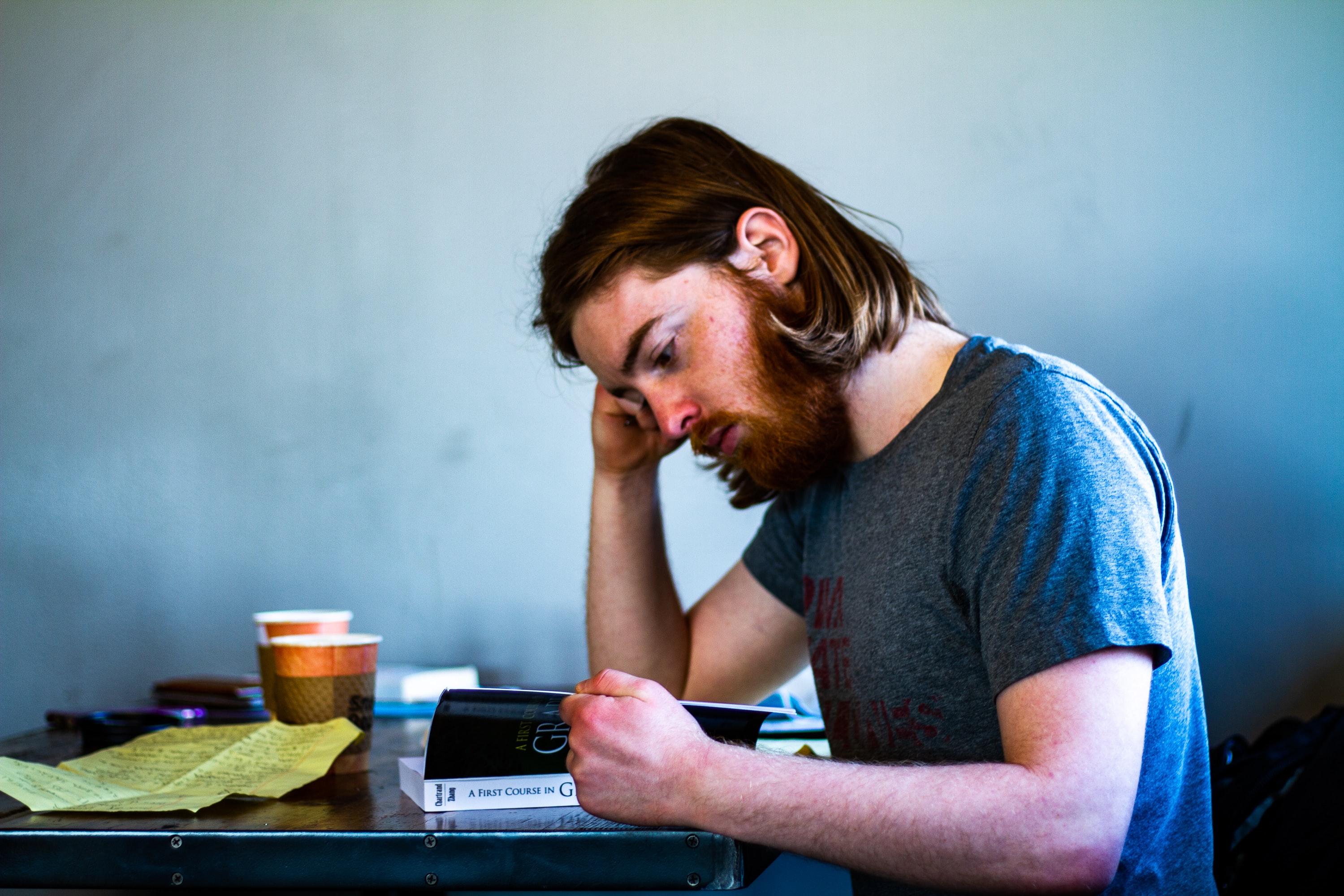 Earlier in the same year, American lawyer and writer Susan Cain released the book that became the blockbuster, 'Quiet: The Power of Introverts in a World that Can’t Stop Talking'. It was shared on Oprah, the front cover of Time Magazine, it was The British Psychological Society’s 2012 Book of the Year, and it’s been translated into 40 languages. Suddenly, everyone was talking about the benefits of lower results on the personality trait called Extraversion.

A reevaluation of extraversion

This re-evaluation came in the wake of an almost century-long stronghold for Extraversion. American writer David Brooks, amongst others, has pointed out that 20th Century American cultural domination brought with it a ‘culture of personality’: a preference for strong, charismatic individuals who can dominate a room with their charm, energy, and assertiveness.

This persona is regarded as the incarnation of a go-getter mentality that would take people, businesses and societies, to new heights.

Today, a decade after the impact of 'Quiet', and Patrick’s praise of the wallflower, we might be approaching a more nuanced approach to the strengths and challenges associated at any point on the Extraversion scale. Let’s first define exactly what we’re talking about.

One way of defining Extraversion is to think about the extent to which a person’s interest and needs are directed outwards or inwards. A person with high results on Extraversion in their personality has their gaze directed towards the outer world, and has a high need for social stimulation.

Personality traits of extraversion tend to show a person to be outgoing, talkative, enthusiastic, and energetic.

High Extraversion also indicates a willingness to take on the leadership role and direct others. The highly extroverted person has a high level of energy, which is usually reflected in their manner as well as their preference for quite intense environments.

Lower results on this scale indicates a lower social need, and a lower threshold for overstimulation. More introverted people have a higher need for alone time, and are more easily worn out by social situations such as loud parties and house guests.

This is not to say that they don’t gain energy from socialising – as seen in the covid-lockdowns, most people gain important mental health benefits from socialising. The difference is that more introverted people need less socialising. Maybe one night out a week is enough, rather than booking their calendars up months in advance.

Introverted people often prefer more intimate settings, such as a one-to-one conversation or a small-group activity. Usually, they have a larger interest in their own inner life than extroverted people, and also appear more low-key, less energetic, and more reflective.

A more nuanced definition of Extraversion

As you may have noticed by now, we’re avoiding the terms ‘Introverts’ and ‘Extroverts’. All too often, these are portrayed as two distinct ‘types’. But the definition of extraversion in psychology - as with all the Big Five traits - Extraversion is normally distributed. That is, there’s a scale from very introverted to very extroverted, with most people falling somewhere in between.

In other words, most people have a moderate need for social stimulation, and like to mix alone time with being around others. The extremes are much more rare.

There are important variations in how Extraversion is expressed depending on one’s standing on the facets, or subscales. Alva’s personality test distinguishes three: Assertiveness, Sociability, and Energy Level.

Assertiveness is the part of Extraversion that concerns expressing your opinion, standing your ground, and taking the lead. To no surprise, this is the facet that makes people appear leader-like, and often also motivated to become leaders.

A person with high assertiveness is not afraid to voice their opinions and stand by them, even when others disagree. A person with lower assertiveness tends to be more accommodating, and may yield to the opinions of others – especially if challenged. They’re also less comfortable in the leader jacket, and usually prefer to take on the follower role.

This is where we find the ‘social lion’ often associated with Extraversion. High results on Sociability indicates a talkative, enthusiastic ‘people person’ who loves spending time with others and enjoys being the centre of attention. Lower results indicate a more reserved person, with a lower need for social activities and a higher need to be alone at times.

Do you have a predilection for noisy parties, wild roller coasters, and busy city centres? Are you often described as lively? Then you’re likely to end up high on the facet ‘Energy Level’, which indicates both a preference for high-energy environments and a high absolute level of energy. At lower levels of this facet, you’re likely to have a somewhat more restrained appearance, and prefer calmer activities.

As usual, it’s a good idea to think about how different combinations of these facets might play out:

it’s fully possible to be a highly assertive leader, while at the same time not having that much of a social need

Conversely, someone might be the life of the party and love talking to others while having a very hard time asserting authority. These combinations have a lot to do with aptitude for different roles at work.

Extraverts benefit in the hiring process

Imagine you’re a recruiter hiring for a business analyst position. You’ve reached the stage of interviews.

Candidate one: the quiet one

The first candidate that walks in appears a bit reserved, they don’t make much eye contact and they’re very quiet. They don’t say more than they have to, give fairly brief responses to your questions, and have a low-key demeanour.

When asked about their opinion on a matter such as your website, or a piece of press your business has received they’re humble and give a typical ‘on the one hand, on the other’ type of answer.

Next, a charming candidate waltzes in. They give a speech about how excited they are to be here, and tell the whole story of how they almost didn’t find the way to the office. Jokes and smiles abound - you’re laughing and the time flies by.

Your questions receive detailed extensive answers. The candidate asks questions and keeps the conversation going; all you have to do is tag along. You feel heard. Their views are presented confidently and assertively.

Extraversion affects how we see people

Do you think there’s a chance that you’d find the second candidate more appealing? Even if the role in itself didn’t really require charm, assertiveness or a talkative manner? Research says you would. Numerous studies have shown that high Extraversion gives candidates an advantage in the hiring process. Most notably, extroverted candidates get significantly higher ratings in assessment centres and traditional (unstructured) job interviews.

This is less of a problem if the role really requires qualities associated with Extraversion, such as social dominance, gregariousness, or an excited and engaged appearance.

The issue is that we tend to like and reward these qualities even when they’re not that relevant for the role, which puts extroverted candidates at an advantage in many recruitment situations.

The best way to even out the playing field, it seems, is to use structured methods. For example, the benefit of Extraversion is much smaller in behaviour-based interviews than in traditional ones. 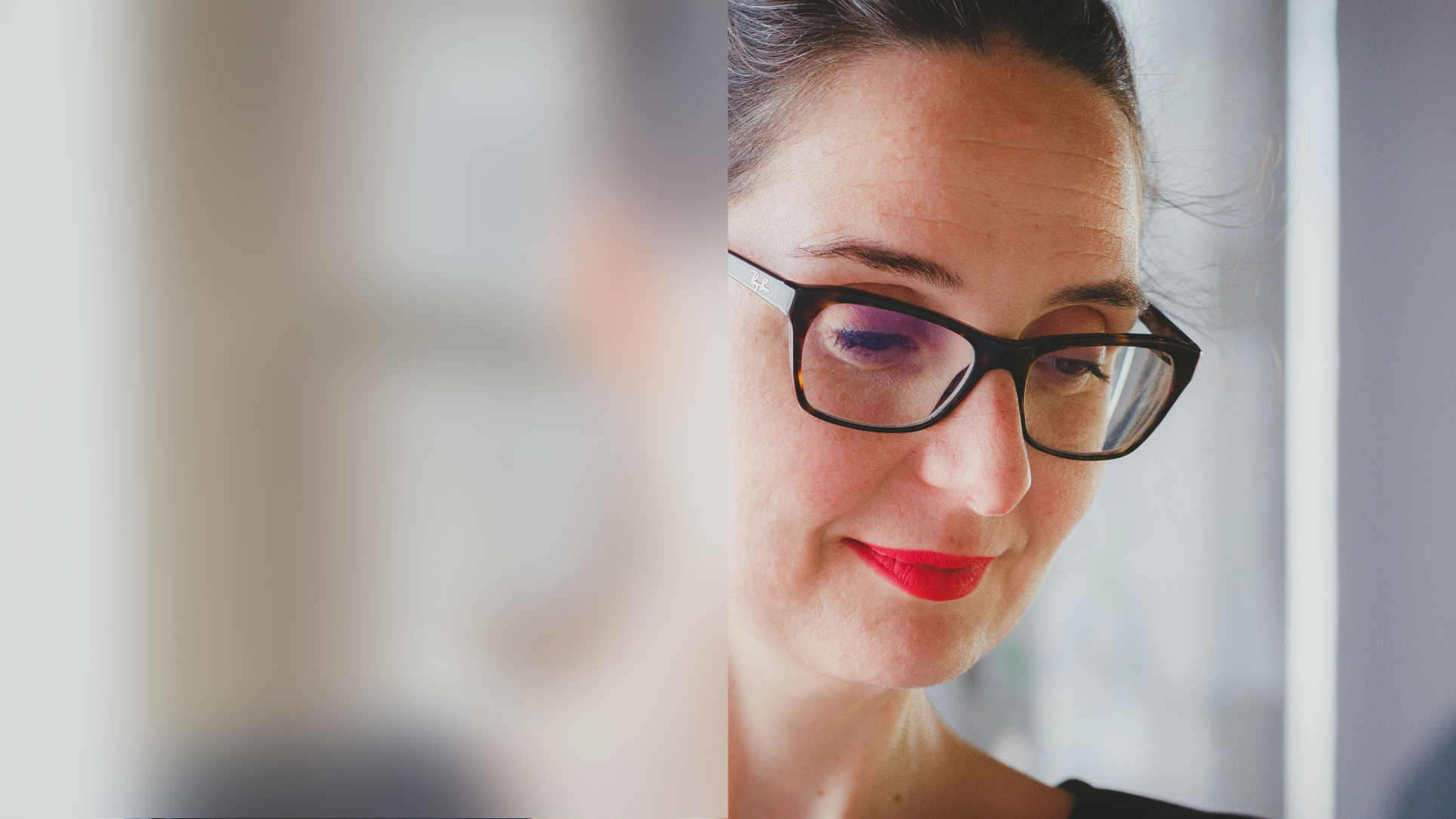 For other jobs, particularly those involving a lot of alone work and quiet focus, lower results on this trait might be more suitable. For others still, it doesn’t seem to matter all that much. For instance, semi-skilled workers and many types of white-collar professionals seem to be able to perform well at different levels of Extraversion.

The type of Extraversion matters

To further complicate matters, different aspects of Extraversion matter for different jobs. As previously mentioned, Assertiveness is more central to leadership positions than Sociability: as a leader or manager, you need to be comfortable with taking the lead, asserting your opinion, and pointing out the direction.

Being talkative, social, and charming, on the other hand, has turned out to be quite irrelevant for leadership success.

For sales roles, on the other hand, sociability as well as assertiveness are associated with job performance. This is not that surprising, when you think about it: a sales representative usually spends a significant part of their work day talking to prospects and customers.

If you wouldn’t enjoy that, or have a low threshold for getting socially ‘drained’, you’d find it hard to bounce back after hitting a “no”, and soon enough you'd likely both struggle to succeed, and detest your job. Extraverted individuals tend to be motivated to strive for status and accomplishment – factors that have been shown to predict sales performance.

Interestingly, the effect that Extraversion has on job performance also seems to depend on the person’s level of Conscientiousness. This combined effect was examined in a study of sales representatives, customer service staff, clerical staff, and non-sales office workers. The results showed that

Extraversion had a strong positive relationship with performance for people who were also high on Conscientiousness.

For employees with lower levels of Conscientiousness, on the other hand, Extraversion was associated with worse performance. In other words, extraverted people received both the highest and the lowest performance ratings.

One conclusion was that Extraversion needs to be combined with a sense of responsibility, results orientation, and structure to lead to effective performance. So, a candidate who is chatty isn’t necessarily less diligent, but when they are, their talkative side affects performance negatively. The best way to know is through a full Big Five personality test.

When a wider variety of work-related outcomes are considered, however, Extraversion seems to be more consistently beneficial. According to a comprehensive review, researchers investigated this trait’s relationship to numerous outcomes within areas such as education, job applications, performance, career attainment, well-being, and job attitudes. They concluded that Extraversion ‘confers a small, yet pervasive advantage across domains and over the lifespan’.

Individuals with high Extraversion tend to be more committed, confident, engaged, and adaptable at work.

Why would Extraversion lead to these positive outcomes? The authors explained this by identifying four distinct advantages of extraverted individuals.

People with high Extraversion tend to focus on what they want to attain, rather than avoiding negative outcomes. This orientation has been associated with higher well-being and more success in working life.

Extraversion is associated with a higher general frequency of positive emotions.

A key conclusion from this ambitious article is that Extraversion, while not always being a huge advantage, seldom seems to be negative. Of all the outcomes examined, Extraversion had a positive correlation with about 90 percent.

Parsing out the difference between Extraversion, chattiness and charm isn't easy; you either need to take time to get to know someone well, or you need a tool to help you understand the nuance.

Like aspects of mental health and Personality, we are all spectrums of Extraversion; learning how these facets play out, and how they affect both ourselves and the choices we make about others is essential if we're going to make fairer hiring decisions.

The only way to really uncover where someone sits on this scale is to work with an assessment tool who can help you to see past your bias, understand the core skills that each role really needs, and find the candidates who have the potential to grow up with you and deliver beyond the obvious.